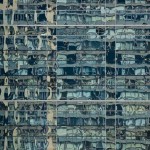 Steven Crainford was born in England in 1948, but moved with his family to Canada in 1954. Despite his interest in photography since his teenage years, his initial professional path led him to medical school as a psychotherapist. But in the last decade, his passion for photography has become his focus, to the point where a change in career to include photography was inevitable. From 1990 to 1994, Steven studied at Ryerson Polytechnic University, achieving a certificate in Still Photography Studies. It was at Ryerson that he became committed to the use of large mat camera and the medium of the black and white print to express his ideas.

He has worked with several of the most prominent fine art black and white photographers in North America. He has travelled extensively in North America, Europe, and Australia to find images that excite and inspire him.